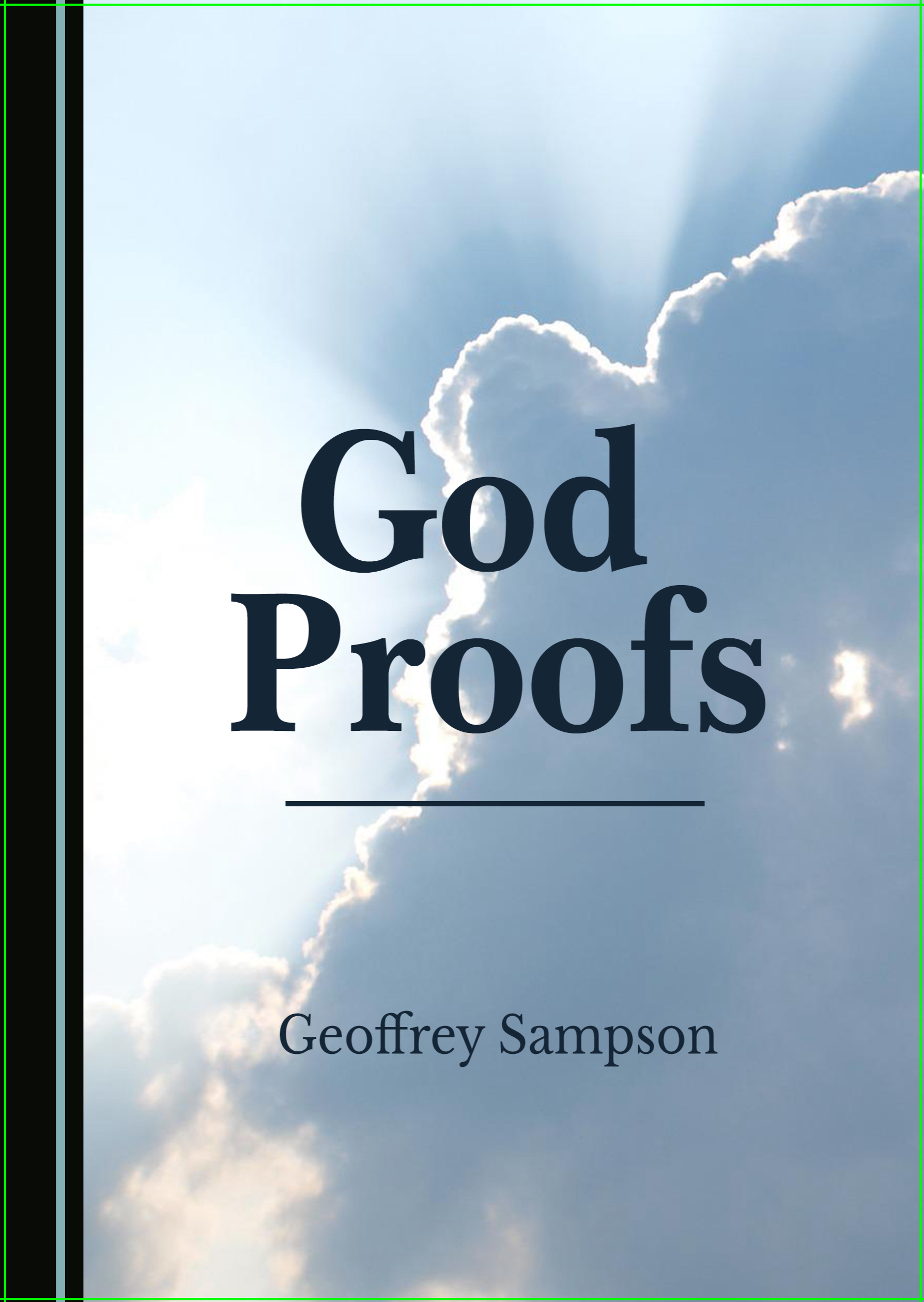 Ever since my undergraduate days I had heard a little about Anselm’s eleventh-century “ontological proof” of the existence of God, and I knew that in his own student days the philosopher Bertrand Russell was once hit by a sudden revelation while walking back to college from a tobacconist’s shop: “Great God in boots! – the ontological proof is sound!” (Though I also knew that Russell later changed his mind about that.) But, in common probably with most moderns, I took it for granted that (like other ideas emanating from the priest-ridden Middle Ages), Anselm’s proof could have very little to say to me today. It was not until shortly after my retirement that I came to realize just how seriously Anselm’s “proof” (if it is one) has been taken by thinkers, often religious sceptics or out-and-out atheists, in subsequent centuries right up to our own time – indeed, perhaps specially in our own time; and to realize too how many intellectual giants have been producing independent proofs of that same thesis. I had no previous inkling that an academic discipline as abstract and bloodless as formal logic might have any serious claim to establish a finding as mind-blowing and humanly significant as the existence of an unseen Supreme Being.

What led me to discover this was reading a Times Literary Supplement review by the well-known literary critic George Steiner (whom I knew as a colleague when I worked at the University of Geneva – Steiner died in 2020) of a German-language book about the thousand-year history of God proofs, written by two academics at Bonn University, Joachim Bromand and Guido Kreis. According to Steiner, the intellectual journey described by Bromand and Kreis is “among the strangest in the history of thought” – and also “deep fun”. Yet this strange intellectual journey is more or less unknown to the average educated reader.

Bromand and Kreis’s book has not been translated into English, and at one point I thought of doing so myself. But on second thoughts it seemed to me that a book like theirs was not ideally suited to an English-language audience. Bromand and Kreis’s book is very long and relentlessly technical, intended for specialists in symbolic logic: many people are interested in arguments for or against God’s existence without having any grounding in that technical discipline, and need its products to be interpreted concisely for them rather than presented raw, as pages of mathematical formulae. But also, while Bromand and Kreis do discuss some philosophers who have written in English, their book is much stronger on thinkers of Continental Europe – I felt a more even-handed coverage was called for. And although Bromand and Kreis’s book surveys writings from the eleventh century to the twentieth, they take the story only as far as the proof produced by the tragic figure Kurt Gödel, who died in 1978. Since that date there has been an explosion of interest in God proofs. At one point in the 2010s formal logic even became a mass-media story (for possibly the first and last time ever), when Christoph Benzmüller and Bruno Woltzenlogel Paleo, computer scientists from Germany and Brazil, announced that they had succeeded in getting a laptop to create for itself a God proof more refined than Gödel’s. So the public needs a more up-to-date treatment of the topic.

It is important to stress that God proofs have not usually been exercises in winning sceptics over to belief. Indeed, I estimate that a majority of those who have been discussing God proofs, notably including the U.S./Canadian philosopher Howard Sobel and the Australian Graham Oppy, have been agnostics or atheists. Even the man who started it all, Anselm, while he certainly was a believer – in later life he was to become Archbishop of Canterbury – did not produce his “ontological proof” as a tool to persuade sceptics to embrace belief. There were not many agnostics to persuade in the eleventh century. Rather, Anselm invented his proof because he wanted to relate the faith which he and almost all his contemporaries took for granted to the structure of logical scientific knowledge which was just beginning to get off the ground in his day. The interest of God proofs for us today lies in the intellectual fascination of the idea that pure abstract thought might possibly have such consequential implications.

And we are certainly not bound to accept that all the writings which have been claimed by their authors to “prove” the existence of God (or indeed any of them) are in fact valid proofs. One proper response to a God proof is to search for the fallacy in it: a non-believer will be certain that there must be one somewhere, though it may not be easy to find. (Bertrand Russell’s eventual comment on Anselm’s proof was that it is much easier to say it is fallacious than to discover where the fallacy lies.) But even a convinced Christian will want to check whether a given “proof” ought to be accepted as a solid buttress to his faith. Hunting fallacies proves to be a zigzagging pursuit. One writer produces a robust-looking God proof; a second writer triumphantly locates a fallacy in it; and sometimes a third writer points to a fallacy in the alleged fallacy. This “strange journey” proceeds in anything but a straight line. In our own time, the physicist Frank Tipler has been arguing that quantum theory guarantees eternal life and youth after death for everyone in a kind of sexual utopia. Personally I feel quite unable to believe this. Yet who am I to quarrel with Tipler, when no less a giant of present-day quantum physics than David Deutsch takes Tipler’s theory very seriously indeed? But at the same time, other distinguished physicists condemn Tipler’s ideas in terms more extreme than I would dare to use.

(Not that I shall have any complaint if they and I turn out in due course to be mistaken and Tipler correct. The future he offers does sound more attractive than endless harp-playing and hymns.)

Ideas are best assessed in the context of the personalities and social environments which gave rise to them. We know much more about Anselm’s personality than we know about most leading figures of the Middle Ages, and in writing God Proofs I have sought to illuminate the various logical arguments I cover by colouring in the personal and social backgrounds which gave birth to them. Readers who want to pursue logical issues in greater depth are given abundant references to the scholarly literature, but my own book is designed as an accessible overview of the state of play in the study of God proofs – introducing it to readers who have no prior acquaintance with the topic, and helping readers who may be particularly interested in one or another strand of the debate to see how it fits in to the wider terrain of intellectual enquiry. The book assumes no background in formal logic at all.

As for “deep fun”: the book was certainly great fun to write – so I hope some of that enjoyment will spill over for readers’ benefit.

5    Is Existence a Predicate?

10    The Trouble with Omnipotence

God Proofs is published by Cambridge Scholars Publishing, who display a substantial extract on their website.