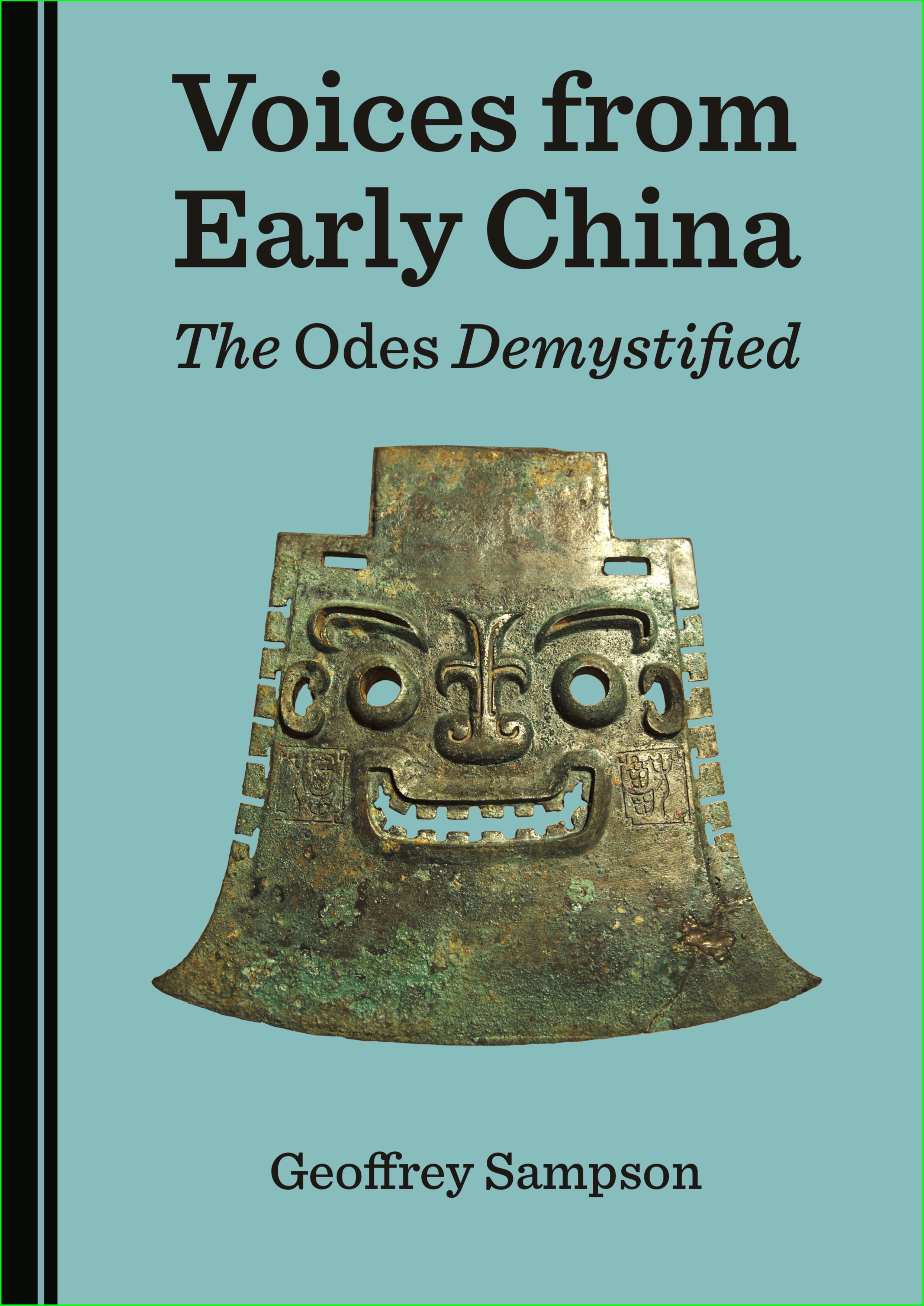 Possibly the earliest work of literature in any still-living language, the Chinese Book of Odes (in Chinese, 詩經, Shi jing), is a collection of several hundred poems written in the centuries immediately after 1000 BC — that is, approaching three thousand years ago. (Not having an encyclopaedic knowledge of world literature, I am not quite sure whether any other living language possesses an older literary monument — I don’t know of one.)

In 2006 I published a little book containing translations of a few dozen of the shorter poems in this work: delightfully human songs about various aspects of love, many or most by women poets. My publication was organized in a parallel format: on one side were renderings into modern, unstuffy English, and on the other the Chinese originals spelled out as they sounded when they were written — full of rhyme and alliteration which vanish when the poems are read in modern Chinese pronunciation, because three millennia of sound-changes have largely eliminated them. (This second aspect of the book has only been possible to produce in recent years, as our knowledge of the history of the language has deepened.) One Chinese reviewer of that book was kind enough to write (his bold-face):

After 3,000 years the Shijing is at last readable in English. This is the only readable translation I have found, certainly the only one that makes these ancient poems enjoyable to read.

To me there is a magic about hearing meaningful, human messages from such a distant past – a time when the city of Rome had scarcely or not yet been founded, and China was on the cusp of transition from cruel barbarism to high civilization. And the magic is all the greater when we can not only understand what the poets were saying but hear the speech-music with which they said it. So now, in this book, I have produced a complete translation of all 305 poems (which cover a much wider variety of themes than those in my 2006 book), together with an introductory chapter setting the poems in the context of the society of the early Zhou dynasty and discussing their literary technique, a map identifying their many geographical references, an alphabetized glossary showing the meanings of each Old Chinese word used in the poems, and more.

It makes the Odes fun and quite easy to read, bilingual poems, splendid translations and very good notes … very, very good.
— Luxi on “What are the best things you read in 2020?”, in Chinese-forums.com
… looks like an excellent read and contribution to the literature … the attention to detail on the Tolkien-esque map is quite fantastic
— Tomsima, on same thread
— rated 5 stars on Goodreads.com by “Lhamo”

Voices from Early China is published by Cambridge Scholars Publishing, who show a substantial sample extract on their website. Copies of the book are available directly from the publishers (visitors from my website can claim a 25 per cent discount on purchase price by quoting the coupon ODES25 on the Cambridge Scholars site), or from Amazon.